In 2009, PHEW! opened our doors and began selling electric bikes. In 2010, we began selling Trek electric bikes.  Despite proving that e-bikes sell, we found Trek introducing fewer and fewer e-bike models each year.  Last year, we had only the Trek T80+ to offer, and that too, in limited frame sizes.

This year, get ready for some innovation from the folks at Trek.

After partnering with Canadian BionX e-bike kit maker for over 6 years, Trek now introduces their XM700+ line of e-bikes with the Bosch mid-drive motor, which many of you have tried on our Felt Electric and Haibike models. 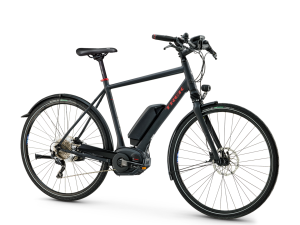 The Trek XM700+ looks to be outfitted as a fast commuter bike, with fenders & integrated lighting, and the pedal-assist taking you up to 28mph. 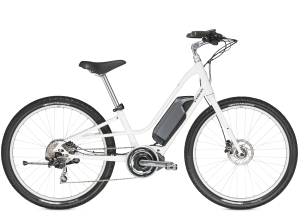 Trek is also the first to bring the Shimano STePS system to the US, which we blogged about in 2010. 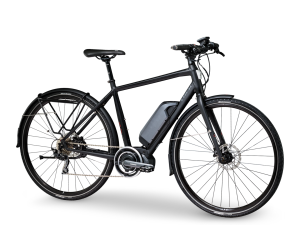 This Shimano STeps system is featured on both the Trek Conduit+ and Lift+ bikes.
Trek’s earlier models were electrified road bikes, notably the FX+ and the Valencia+; Or hybrids like the 7200+ and the T80+.  With the 2016 models, I see Trek going beyond the thrill of the sport.  Explore the Trek XM700+ and Conduit+ commuter electric bikes – both with integrated fenders, rack and lighting.  And the Trek Lift+, with the comfortable crank forward design.  We’re excited to see Trek finally showing that THIS is how we move.

You’ll find that Philly Electric Wheels is the region’s best place to sample these bikes.  We have bikes from e-bike specific importers such as EZ Pedaler and Benelli, and also from the country’s more established bike brands, such as Trek and Felt .

Open all Labor Day weekend, stop by to touch & feel our new pedal-assisted bicycles. You’re sure to feel like a kid again!

One thought on “Trek’s back into e-bikes! ”